Thanks to everyone who came out to see The Legend of Johnny 15 at the Parkside Lounge this month. It was a great run! And now The Serious Theatre Collective goes back into their writing hole (a.k.a. The Dublin House) to begin work on the next script and upcoming production.
Oh, and in case you were ever wondering how we went about making the dirty Valentines for our Feb. 14th performance (and we know you were), check out the video below. Basically, it was arts, crafts, R&B ... and a lot of awkward groping.

Happy Valentine's Day from the Serious Theatre Collective from Ricardo Delgado on Vimeo.

Ari takes a break from arranging music and mannying to answer to the STC.

1. Your favorite virtue.
Fearlessness. Something to which I aspire, and frequently fall short, but admire in whoever has more of it than me.

2. Your favorite qualities in a man.
A man should have a robust grasp of Latin, a full moustache, and be able to salt pork and preserve fruits for the coming winter.

3. Your favorite qualities in a woman.
I'm attracted to the uniquely feminine zeal for life that's present in certain ladies. Also, I'm a leg man.

4. What you appreciate most in your friends.
My friends are a bunch of half-wits, degenerates, failed poets and hustlers. They make me feel at home.

5. Your dirtiest secret or detail that you wish to reveal here.
I am actually Hosni Mubarak. Topical!

7. If not yourself, who would you be?
The old Jewish joke: "If I was Baron Rothschild, I'd be richer than he is." "How?" "Simple: I'd do a little teaching on the side."

8. Your ideal meal would consist of... (you may choose an appetizer, a three-course main, a dessert and a beverage.
Mmm, food. Well, let's see: Chips and guac, for starters. Then a whole fried fish (head on) with lime, matzo ball soup, and something made with chickpeas. Dessert must include fresh cherries. If it were my last meal, I would drink a Jamba Juice, but if we're just going to live again tomorrow, then I suppose a glass of whole fresh milk.

10. How many of the 15 fetishes do you have, and to what degree? You may specify.
A gentleman does not kiss and tell. Nor does he handcuff, tickle, don a clown costume, misuse carrots, or confuse house pets and tell.

11. Has doing this play affected your sex life? If so, how?
See above.

12. Your most-listened to tracks on your iPod (or other MP3 player).
iPod says it's "Chocolate Jesus" by Tom Waits, but I think I've spent more time with "Ruby, My Dear" by Monk and Coltrane.

Email ThisBlogThis!Share to TwitterShare to FacebookShare to Pinterest
Labels: Ari Kessler, interview, The Legend of Johnny 15 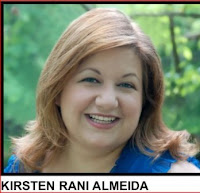 Kirsten, who plays the role of The Scanner and lead singer of the band, chills with the STC (Serious Theatre Collective) to answer a few Prousty questions.
1. Your favorite virtue.
Sincerity
2. Your favorite qualities in a man.
Sense of humor
3. Your favorite qualities in a woman.
As long as they're not bitchy :) I like 'em
4. What you appreciate most in your friends.
Support, love, and great conversations
5. Your dirtiest secret or detail that you wish to reveal here.
That I'm doing a show about awesome kinky dirty fetishes and I'm devoted to my lord & savior, Jesus Christ.
6. Your idea of happiness.
Being surrounded people who love me for all my zany quirky goodness
7. If not yourself, who would you be?
A mix between Kelly Clarkson & DJ Lance
8. Your ideal meal would consist of... (you may choose an appetizer, a three-course main, a dessert and a beverage.
A sweet Jersey tomato salad with fresh mozzarella, a big ol' honkin' lobstah with buttah, chocolate creme brûlée, and a whole lotta good white wine! And the more wine!
9. What is your present state of mind?
Holy shit we open tonight (ed note: Kirsten does in fact know the day of the week. She answered this on opening night, Friday Feb 11.)
10. How many of the 15 fetishes do you have, and to what degree? You may specify.
Consider me Rita. I think my OCD keeps me from being kinky and dirty
11. Has doing this play affected your sex life? If so, how?
No
12. Your most-listened to tracks on my iPod (or other MP3 player).
Ummm whatever I'm rehearsing for at the moment so I guess I've been listening to a lot of Nick Sula
13. Your motto.
Life is like a litterbox! when shit happens, cover it up and walk away!
at 1:11 PM No comments:

Quiz: Are You a Sexual Deviant?

Think you might be exhibiting signs of one of the Forbidden 15 Fetishes? Afraid you might take a turn for the worse? The MindSpa® is here to help. Take this handy self-examination in order to find out if your mind needs to be cleansed.*
Please answer all of the following to the best of your ability. If you're not sure, follow your impulse. This is the only time you should follow your impulse.
1. In the past, pain has increased or heightened my enjoyment of a sexual encounter.
2. When petting something soft, I sometimes become aroused, comforted, or confused.
3. I find it difficult to pull my eyes away from a girl wearing knee-high socks.
4. I have had sex with more than one person at a time.
5. I have discussed sex with more than one person at a time.
6. The thought of someone "accidentally" walking in on me masturbating or having sex is intriguing.
7. I have given or received a "shrimp job". [def. shrimp job, noun: the act of sucking on toes]
8. I like the smell/sound of leather a little too much.
9. I have eaten a strawberry, or watched someone eat a strawberry, and thought about sex.
10. I excrete waste from my body on a daily basis.
11. I have worn a schoolgirl costume when not going to private school.
12. I have used, purchased, or looked at toys/objects created to heighten or re-create a sexual experience.
13. I have felt romantic love simultaneously with sexual desire.
14. I like fried chicken.
15. I think Al Pacino is still attractive.
If you answered yes to any of the above, you may be a danger to our society. Please contact your local MindSpa® office at 1-877-MindSpa at once. Alternately, write which fetish(es) you have and to what degree (on a 1-10 scale) on our wall, and we will send a helpful MindSpa® professional to deliver you to the nearest facility.
We ensure full health, follow-up care, and True Freedom® -- all after just one visit.
The following are forbidden by law:
1. Sexual Violence: BDSM, all intense sensation, bondage, dominance and submission
2. At-Risk Animal Eroticism: Cosplay, furries
3. Criminal Hedonism: Splotching, food play, feeders
4. Abnormal Exhibitionism: All forms of being watched for pleasure
5. Corporal Objectification: Body parts (e.g., foot fetish), amputee, pregnancy worship
6. Unnatural Bodily Fluid/Material Obsession: Bukkake, all forms of pee/poo, vomit, etc.
7. Illicit Role Play: Clowns, schoolgirls, cops, teachers, plumber, pizza guy, director/audience, playwright/actor, knowledgeable bad girl/surprised and intrigued boy
8. Age Denial: Infantilism, age play
9. Unnecessary Partners: Threesomes, foursomes, moresomes, orgies
10. Extreme Objectification: Inanimate objects, blow-up doll, any non-human organic matter
11. Perverse Voyeurism: All forms of watching for pleasure
12. Gender Denial: Cross-dressing, all gender play
13. Deviant Fabric Obsessions: Latex, saran wrap, balloons
14. Hazardous Commitment-Based Humiliation: Any pleasure experienced by breaking a commitment
15. Self-Inflicted Objectification: Being objectified and had sex with by many, anonymous sex
*Fashioned by members of the MindSpa®, purveyors of True Freedom@. Free your mind, and be free.
at 11:33 PM 16 comments:

Email ThisBlogThis!Share to TwitterShare to FacebookShare to Pinterest
Labels: quiz, the Forbidden 15, The Legend of Johnny 15

A drummer, an actor and a musical director walk into a gchat... 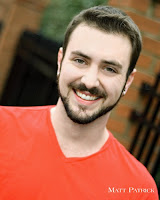 On the opening night of The Legend of Johnny 15, playing at 8pm at the Parkside Lounge, we feature a special Proust-ish questionnaire with actor Matt Patrick.

2. Your favorite qualities in a man.
As long as you aren't a douche bag, I'm open to being your friend.

3. Your favorite qualities in a woman.
I have a deep respect for all women. Without them, I wouldn't be here. So I guess my favorite qualities in a woman would be their general acceptance of their vital importance to life as we know it, their ability to get what they want, and their ability to get me to tip them more at a bar than I would a guy. That's pretty amazing. I hope to one day harness that power. [ed. note: you never will.]

4. What you appreciate most in your friends.
Honesty, Loyalty, High Drinking Tolerance.

5. Your dirtiest secret or detail that you wish to reveal here.
I peek when I kiss my girlfriend sometimes.

7. If not yourself, who would you be?
Robert Downey Jr. or Colin Farrel.

8. Your ideal meal would consist of... (you may choose an appetizer, a three-course main, a dessert and a beverage.
Appetizer: jalapeño poppers, Main: Shepherd's Pie (Meat, Potatoes, vegetables. Bang), Dessert: coffee/espresso/maybe both, Beverage: Guinness/Jameson & Coke. [add. ed. note: regarding your appetizer selection, pending cream cheese-filled, we are officially BFFs.]

9. What is your present state of mind?
Excited.

10. How many of the 15 fetishes do you have, and to what degree? You may specify.
I'm into being bitten and scratched. I think it'd be amazing to have sex with a vampire and be bitten at climax. Scratching is fun too. I also like to bite. Not much of a scratcher, but I do like to grab a girl by the thighs and squeeze a little bit if she's into that.

11. Has doing this play affected your sex life? If so, how? I find myself hornier than usual when I go home after rehearsals.

13. Your motto.
Here's to those who wish me well, and all the rest can go to Hell.

Ladies, he will be at the Parkside Lounge tonight for additional interrogating (but you did see in his interview he specified girlfriend. So hands off.)
at 12:03 PM No comments: